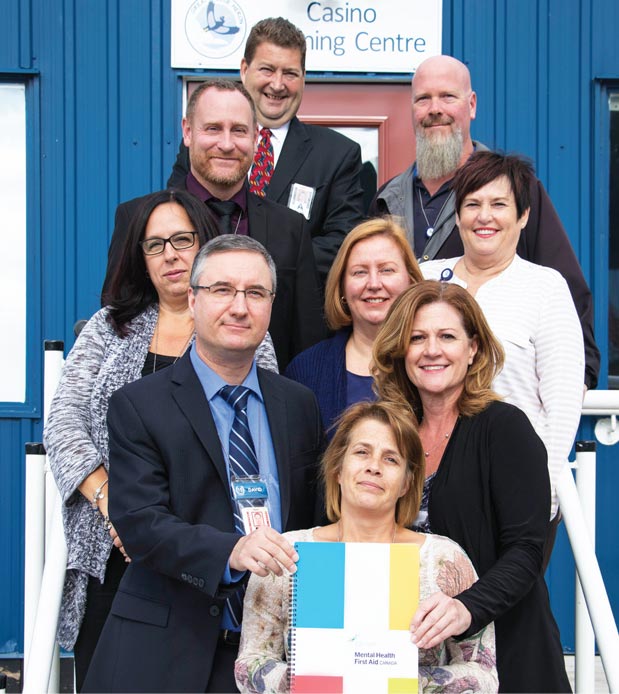 Wellness is a good bet at Great Blue Heron Casino

The employee-focused workplace culture at Great Blue Heron Casino can be traced back to the original reason the company was established 20 years ago, says General Manager and Chief Executive Officer Arnold Block.

“Our initial vision was to provide a vehicle that would enrich the economic development of First Nations people and offer them advancement opportunities, but since then we’ve taken that idea into the greater community,” he explains. “We wanted to create a lasting business that would be an employer of choice and I believe we’ve succeeded in doing just that. We’re not only the major employer in our small community but what we’ve accomplished has also created a multiplier effect on the entire region.”

Indeed, Great Blue Heron Casino, located near Port Perry, Ont., is now one of the largest employers in Durham Region, with 700 full-time and 400 part-time staff members. Some of these employees have worked at the casino ever since it opened in 1997.

“We feel an obligation to provide a healthy workplace and we take to heart the concerns of our people.”
Arnold Block,
General Manager and CEO

As part of its workplace vision, the company has made the health and wellness of its people a top priority, launching numerous initiatives to raise awareness of the importance of well being at work and in life. Most recently, mental health has become a focus of particular attention, with efforts to enhance understanding about mental illness in the workplace and reduce the stigma attached to it.

“We feel an obligation to provide a healthy workplace and we take to heart the concerns of our people,” Block says. “In any work environment you can’t avoid some degree of stress and anxiety, but we’ve noticed an increase in stress-related issues in recent years. Recognizing this need, we’ve made a conscious effort to do something through our employee assistance program.”

To this end, in the spring of 2017, the casino provided mental health first aid (MHFA) training for 52 of its employees, including the managers and 16 emergency medical responders in the security department. Like traditional first aid, MHFA is designed to help a person showing signs of a mental health problem or crisis until appropriate treatment can be found or the crisis is over.

The MHFA training program, under the auspices of the Mental Health Commission of Canada, educates participants about early intervention and how to recognize behavioural cues. Most importantly, it also aims to improve mental health literacy.

“For me the training program was a real eye-opener. It shone a whole new light on mental health,” says Lorne Paudash, Security Department Manager at Great Blue Heron Casino. “Two instructors came in to give us a two-day course. It was very interactive, with a lot of role-playing.” Paudash, who is now in his 19th year at the casino and was promoted to his current position in 2016, was able to put his training into practice soon after he received it.

“A staff member came forward indicating they might inflict harm on themselves due to personal issues,” he says. “I brought them into the office and spoke to them and we talked it out. I was able to determine there was no real intent for harm.

“I’d run into this kind of thing previously but I didn’t know what to do before the training. It helped me a great deal on a personal level. The biggest thing is knowing the issues and having empathy.”

Great Blue Heron Casino takes pride in being a leader in providing health-related programs such as this, says Block. “For us, it’s about how we run the company – it’s not only for profits but also for the way we want to conduct ourselves as a member of the community. We strive to create an atmosphere that will attract the right people, and then we have mechanisms in place to retain them and help them grow.” 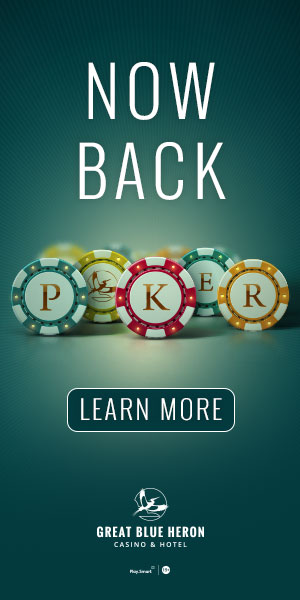 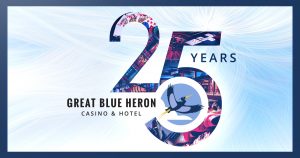 Celebrating 25 Years On The Island